In the last 12 months, the interest in becoming a prepper, which means being ready for any disaster, has skyrocketed! I know most of us wished we would have had a month’s supply of toilet paper when the stores sold out a few months back, but preppers were ready and had a stockpile. Preppers do not know when or even if something will change their status quo, but, they are ready in the event it happens.

Esther was a young lady who had her status quo destroyed. She was raised in a land that was not her home and experienced incredible hardships when she lost both of her parents at a young age. Thankfully, she had a caring uncle, named Mordecai, who raised her. We see in the life of Esther, several defining moments that changed the course of her life and how she was prepared for them.

Let’s look at one way Esther was ready for her defining moments and break down the following verse: Esther 2:20, “Esther had not yet shewed her kindred nor her people; as Mordecai had charged her: for Esther did the commandment of Mordecai, like as when she was brought up with him.”

In our lives, we will have defining moments that arise. Those moments are a fork in the road and give you an opportunity to decide the direction for your life. We plan certain defining moments in our lives like our career and marriage, but oftentimes, you have no idea when a defining moment will present itself. Deciding that you will be a person of character and consistency in the matter of obedience will allow you, as it did Esther, to be prepared and set your life on a course that is blessed by following the command of God. 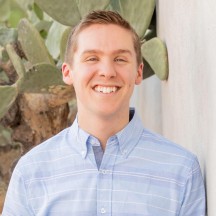 David Siers is a young father who has a passion to help the youth of our city and serves as the Student Pastor at Tucson Baptist Church. (https://tucsonbaptist.com) He met his wife, who grew up in Tucson, at college in California, and they both moved back to Tucson after completing their studies. They are now both serving the next generation of Tucson by equipping students to be fully devoted followers of Jesus.

Previous
Who is God?
Next
Count It All Joy