How many times have you found yourself worrying about something that was on the horizon? Maybe you are dreading an upcoming doctors appointment or a conversation with a friend. Regardless of what is to come, many times we worry about the outcome of that situation.

In 1 Samuel 17, David is about to go to war against the mighty giant Goliath. If David was a mighty warrior himself then maybe there wouldn’t have been too much to worry about. However, that wasn’t the case at all! David had just left his job, watching his father’s animals, to come and bring supplies to his brothers who were fighting the Philistine army which was led by Goliath. When David arrives, he notices that no one is standing up to fight against the giant Goliath!

David decided that he was going to stand up and fight! But how could David, the young shepherd, have confidence in going to battle against the giant and warrior Goliath? How was he not overtaken in worry knowing that the battle might not go in his favor?

The deliverance in the past gives confidence for the present.

There were several times that God had spared his life. As a shepherd, he had a responsibility to care for the flock and the Bible says that he killed both a lion and bear with his own hands. David realized that ultimately it was God who had provided the deliverance in those situations.

As you look at your life, are there times where you can see God delivered you? Maybe He delivered you from an accident where you could have lost your life or from a relationship that could have been devastating. If we take time to reflect on our life, I’m sure we can see how God has delivered each of us from various situations.
David ultimately went to war against Goliath with confidence and not worry. Where did this confidence come from? David’s deliverance in the past gave him confidence for the present.

So instead of worrying about what might happen in the future, move forward in confidence knowing that God will continue to be with you.

Deuteronomy 31:6 – Be strong and of a good courage, fear not, nor be afraid of them: for the Lord thy God, he it is that doth go with thee; he will not fail thee, nor forsake thee.

As I close, take comfort in this quote, “90% of the things we worry about never happen. The other 10%, God has already taken care of.” 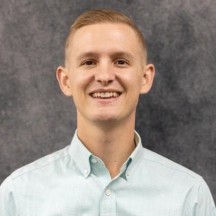 Previous
The Heart
Next
Building a Right Relationship with God